This vocational award was initiated in 1996 / 1997 to honour the name of the late Norman J Barr, Past President and committed Rotarian who passed away in 1994. An Award was made to a student in electronics at Chisholm Institute (Berwick) who is judged to be outstanding in a particular year.  This award has now been sunseted to allow for new projects.

Jack Nobelius Award Named after the late, much respected member of the local community, the award consists of the presentation of books to a different local primary school each year. This award has now been sunseted to allow for new projects. 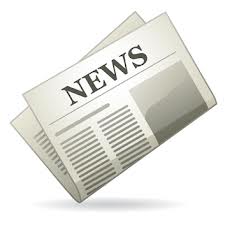 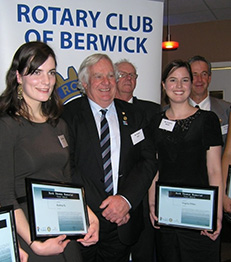 Above: Trust Chairman Roger Hall of the Rotary Club of Narre Warren and some of the 2014 winners.

The Trust perpetuates the name of the editor and publisher of the Pakenham-Berwick Gazette who died in 1979.

Herb Thomas was the son of the founder of what is today one of Victoria’s leading regional newspapers.  The trustees are representatives of the City of Casey, the Shire of Cardinia and the Rotary Clubs of Berwick, Narre Warren and Pakenham. The Rotary Club of Endeavour Hills is an official supporter of the Trust.  Each year, awards are made at a presentation dinner to students/graduates in the fields of journalism, printing and the graphic arts. Grants and projects The Rotary Club of Narre Warren make a number of cash grants to worthy community projects and organisations each year

Rotary Narre Warren meet at 6.30 pm on the 2nd and 4th Wednesday evening of each month at Fountain Gate Hotel Guests: Please email beforehand to check that we are not elsewhere that particular week you want to attend.

Bit of excitement before Narre North Carol’s tonight. Hazmat unit on site as there is a gas leak.