In support of those Australians affected by the Recent Cyclone Debbie, The Rotary Club of Narre Warren have donated $500 to an appeal to help those affected. The assistance and money is being raised and managed by Rotary Australia World Community Service (RAWCS) to assist communities in Rotary Districts  9550 9570, 9600, 9630 and 9640 in QLD and NSW. 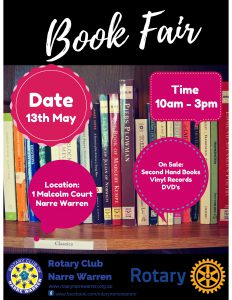 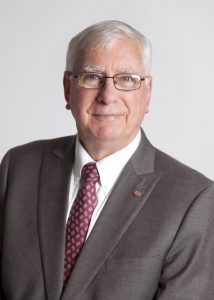 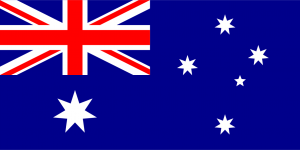 Ian H.S. Riseley, of the Rotary Club of Sandringham, Victoria, Australia, is the incoming  President of Rotary International for the year 2017-18, beginning July 2017. Riseley says that meaningful partnerships with corporations and other organizations are crucial to Rotary’s future.

“We have the programs and personnel and others have available resources,” says Riseley. “Doing good in the world is everyone’s goal. We must learn from the experience of the polio eradication program to maximize our public awareness exposure for future partnerships.”

Riseley is a practicing accountant and principal of Ian Riseley and Co., which specializes in advising local and international businesses, and has a strong interest in international affairs. He received the AusAID Peacebuilder Award from the Australian government in 2002 in recognition of his work in Timor-Leste. He also received the Order of Australia medal in 2006 for service to the Australian community.

He is also a former member of the Australian Polio Eradication Private Sector Campaign and a recipient of The Rotary Foundation’s Service Award for a Polio-Free World. He and his wife, Juliet, are Multiple Paul Harris Fellows, Major Donors, and Bequest Society members.

Thats right Rotary is a very welcoming environment , we just enjoy dinner with some friends and making our neighborhood better. But on a Wednesday

As long as lock down finishes next Wednesday night Rotary Club of Narre Warren will join Rotary Club of Berwick to hear guest speaker Dr Kylie King of Monash University help us learn more about mental health and in particular men’s suicide. That’s what Rotary is about!