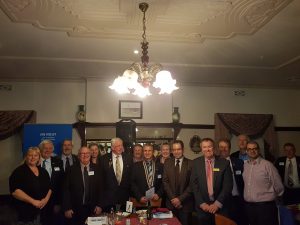 The new Board of the Rotary Club of Narre Warren and special guests, President Mamad is in the middle. 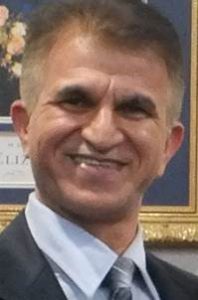 He has selected Membership, Friendship and Fellowships as his theme for 2017-18.

He has published 80+ refereed papers in leading material science and chemistry journals, and three chemistry textbooks, and also hold 18 patents. Currently, he is employed as a Research Scientist with the Centre for Advanced Materials & Industrial Chemistry, within the School of Science at RMIT University.

Our website is up and running again after being closed due to hacking and infection of our site. The club would like to thank Darren Zappa of the ITNOW Group for his generous efforts to clean up our site. Now we can set about updating some information on the site to bring it more up to date.

Be part of the biggest second health project in the world, COVID will be hard to eradicate but we are 99.5 % there to eradicating Polio. Join Rotary Narre warren to be involved!!

Rotary International
Rotary Polio Ambassador and Paralympian Ade Adepitan is joining us for #WorldPolioDay. Take part by watching our Global Update on 24 October.

Part of or History